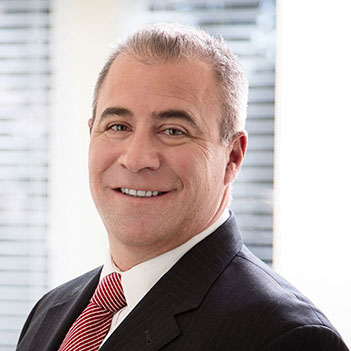 A longtime, respected legal professional in the Delaware County bar, Michael also is actively involved in his community. He has been the chairman of the Springfield Republican Party since 2006. He is a district leader for the Delaware County Republican Party and has been a national delegate to the 2008 and 2012 Republican National Conventions. He is a current member of the board of directors for Independence Health Group. He is also a trustee for the Pennsylvania State Employees’ Retirement System (SERS) and a former member of the ARC (Advocacy Resource Center) of Delaware County. He formerly served as a Springfield Township Commissioner and a Delaware County Councilman, where he was responsible for all aspects governing the county, including oversight of a $300 million budget.

Michael began his practice of law with a clerkship for the late Anthony R. Semeraro in the Court of Common Pleas of Delaware County. Thereafter, he joined the law firm of Caine, DiPasqua, Sloane & Raffaele. He also previously served as Solicitor for the Delaware County Board of Assessment and the Office of Employment and Training.

Born and raised in Springfield, Delaware County, Pennsylvania, Michael continues to reside in Springfield with his wife and their two children.