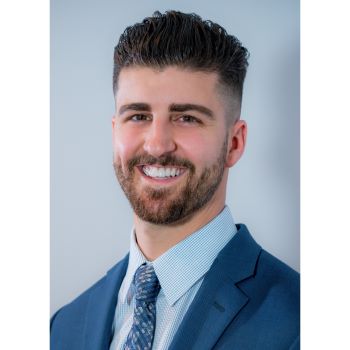 Leonard B. Altieri, III, is an associate at Raffaele Puppio where he primarily focuses his practice on Education Law, Government Services and Zoning & Land Use.  Prior to joining Raffaele Puppio, Leonard was an associate at a boutique firm in Chester Springs, PA, representing various Municipalities and Zoning Hearing Boards where he advised and defended his clients on Zoning & Land Use; Federal Civil Rights; Political Subdivision Tort Claims Act; Public Official Liability; Premises Liability; Police Professional Liability; Labor & Employment; and, Board Governance matters.  Additionally, Leonard served as insurance appointed counsel to defend those entities in State and Federal Court.

Additionally, Leonard comes to Raffaele & Puppio having worked in the Office of General Counsel of the Southeastern Pennsylvania Transportation Authority (SEPTA), which is the sixth largest mass transit agency in the nation. During his time at SEPTA, Leonard handled real estate and transactional matters, working collaboratively with state and federal agencies such as PennDOT, the Federal Transit Agency, the Federal Railroad Commission, the United States Department of Transportation, and the Pennsylvania Department of Transportation to achieve successful results for his clients.

Extensively involved in his community, Leonard is an elected member of Newtown Township (Delaware County), Board of Supervisors. Prior to his election to the Board of Supervisors in 2019, Leonard served on the Marple Newtown Board of School Directors from 2013 to 2019, and served as Chair of the Curriculum, Instruction and Technology Committee from 2015 to 2019, and Chair of the Transportation and Facilities Committee from 2013-2014. Leonard also served on the Newtown Township Planning Commission from 2013 to 2018, and served as Commission Secretary from 2015 to 2018.

Leonard received his Juris Doctor from Drexel University Thomas R. Kline School of Law, and received his Bachelor of Arts in Political Science from West Chester University. He is currently admitted to practice in the Commonwealth of Pennsylvania, the State of New Jersey, the United States District Court for the Eastern District of Pennsylvania, and the United States District Court for the District of New Jersey.